Silent Witness: What is Jack’s brother Ryan Kelvin’s backstory? Why was he in jail?

Jack’s brother Ryan is released from prison in Silent Witness this week, but why was he there in the first place?

What’s his back story and is he staying for good?

Here’s everything you need to know about Owen McDonnell’s character. 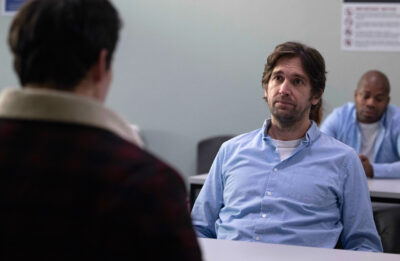 Read more: Silent Witness season 24: Who is new cast member Genesis Lynea and where have you seen her before?

Who is Jack’s brother Ryan Kelvin?

Ryan Kelvin is the older brother of Jack Hodgson.

He uses his mother’s maiden name of Kelvin.

Silent Witness viewers first met the character of Ryan in the episode Fraternity in series 17.

He recently appeared again in the episode Bad Love, when Jack found himself forced to confront the secrets from his own hidden past.

We also discovered that Ryan might have a secret daughter named Cara, who is deaf.

In October 2009, Ryan got into a drunken fight with another man outside a pub, apparently over a woman.

Ryan allegedly beat the man quite badly, breaking his jaw, and was arrested later that month and charged with Grievous Bodily Harm.

His younger brother Jack was the only witness and was forced to testify against him in court.

Ryan was subsequently convicted of GBH.

Jack’s testimony caused a rift between them and they didn’t see or speak to each other for five years afterwards.

Viewers later discover that it was in fact Jack who threw the punch that broke the other man’s jaw, but Ryan took the blame.

After serving his sentence, Ryan got into a relationship with a pub landlady named Lizzie Kennedy. 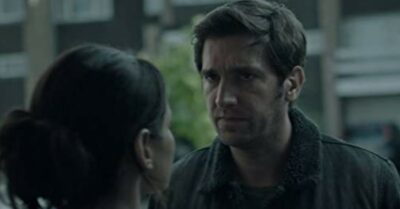 Ryan is about to wreak havoc on his brother’s life – again! (Credit: BBC One)

Why did Ryan Kelvin go to jail?

In the episode entitled Fraternity, police arrest Ryan for the murder of 15-year-old Katie Bowman, the daughter of one of Lizzie’s friends.

Viewers know that Ryan was dating Lizzie, and Katie was best friends with Lizzie’s daughter Hannah.

The police found Ryan’s blood on Katie’s body and Hannah admits she saw them arguing.

Jack gets Ryan released on bail.

However, when Hannah is also found murdered, Ryan becomes a suspect again.

He attempts suicide by slashing his wrists in Jack’s shower, but he is found by the police in time and treated.

Ryan is eventually cleared of the murders, but Jack discovers he coerced Katie into sleeping with Christy Nash to blackmail him.

Jack reports Ryan to the police and hands over the evidence of his crimes, leading to him being arrested and sent to jail.

Jack’s brother Ryan is released from prison and comes to live with Jack and their father Conor.

This leaves Jack struggling to maintain peace with his brother and keeping the secret that he might be Cara’s dad.

Jack later worries that Ryan has put Cara in danger, and is torn between loyalty to his brother and protecting his family.

As the case comes to a head and Jack’s feelings bubble towards the surface, he finds himself being drawn emotionally closer to Nikki.

At the time of writing, and without wanting to leak any spoilers, we can’t reveal if Ryan will appear in any later episodes. 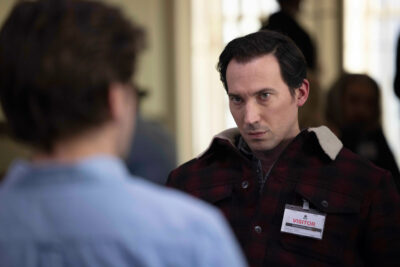 Jack visits his brother Ryan in jail (Credit: BBC One)

Read more: Silent Witness: Adam to stop Nikki and Jack finally getting together in series 24?

Actor Owen will be well known to fans of crime dramas.

He is probably most famous for his role as long-suffering Niko Polastri in Killing Eve.

This year, he appeared as dodgy Frank Mercer in the second series of The Bay.

Owen’s character was the man behind the murder of Stephen Marshbrook – he didn’t get his hands dirty though, he paid a hitman to do it!

This year, he has also starred as Mark Ryan in Three Families.

Silent Witness continues on Monday and Tuesday September 27 and 28 2021 at 9pm on BBC One.

The post Silent Witness: What is Jack’s brother Ryan Kelvin’s backstory? Why was he in jail? appeared first on Entertainment Daily.