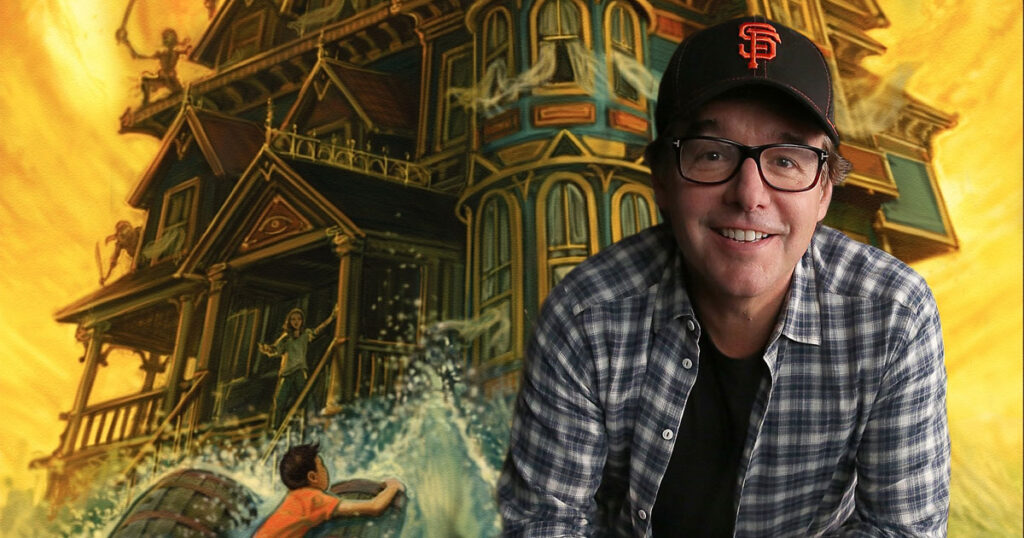 Director Chris Columbus (Harry Potter and the Sorcerer’s Stone, Home Alone) is getting ready to conjure up some small-screen magic for Disney+ with a live-action series based on his House of Secrets novels.

In House of Secrets, “siblings Brendan, Eleanor, and Cordelia Walker aren’t pleased when their family relocates to a creepy Victorian house once owned by an occult novelist, Denver Kristoff. By the time the Walkers realize that their new neighbor has sinister plans for them, they’re trapped in the magical house, traveling through the fantastical intertwined universes of Kristoff’s novels.”

Columbus will team with his 26th Street Pictures Michael Barnathan and Mark Radcliffe. to develop the three-novel series, which Columbus co-wrote with the late Ned Vizzini.

“Chris, Michael, and Mark tell stories that resonate with multiple audiences, across generations and genres that deliver a sense of magic and wonderment through definitional characters,” said Ayo Davis, executive vice president, Creative Development and Strategy, Disney Branded Television. “There is so much affinity for their acclaimed films, and we are delighted to be working with them to develop House of Secrets into a thrilling Disney+ series.”

After witnessing the bang-up job Disney did with the adaptation of author Trenton Lee Stewart’s The Mysterious Benedict Society, I must say that I’m intrigued by this news. I’m a big fantasy fan in general, and the thought of Columbus dabbling in occult-related matters sounds like a lot of fun.

Columbus’ next directorial effort involves an adaptation of the uber-popular horror video game series Five Nights at Freddy’s. In the film, which is currently in pre-production, Mike Schmidt decides to take on an easy job as a nighttime security guard at Freddy Fazbear’s Pizza. He prepares for five quiet nights by his desk, but the surveillance cameras pick up something unexpected. Columbus is certainly an interesting choice to direct the adaptation, though it should serve as great prep to get spooky for Disney’s House of Secrets.