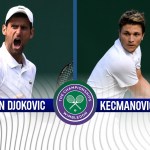 Djokovic vs Kecmanovic LIVE: World No.3 Novak Djokovic is eyeing a spot in the fourth round at the Wimbledon as he faces fellow compatriot Miomir Kecmanovic in Round 3 on Friday. Djokovic has found his form on the grass court after a comorehensive straight set victory over Thanasi Kokkinakis in the second round and will look to continue his good show. Meanwhile, Kecmanovic defeated Alejandro Tabilo in four sets to set up clash with Djokovic. Follow Wimbledon 2022 LIVE updates on InsideSport.IN

Djokovic vs Kecmanovic LIVE is set to begin at 7.15 PM IST The match can be watched live on Star Sports Select and Hotstar.

After dropping a set against Kwon Soon-woo in the first round, Djokovic was at his clinical best as he defeated Thanasi Kokkinakis 6-1, 6-4, 6-2 in the second round. Having got back his touch, he will look to continue with the form as he aims for his fourth consecutive title at the grass court major. This might also be the last opportunity for him to get his hands on a Grand Slam title this year as his participation at the US Open still hangs in doubt. The top seed will be up against his compatriot 22-year old Miomir Kecmanovic and would look to come up trumps against him, who is ranked 30th in the world. 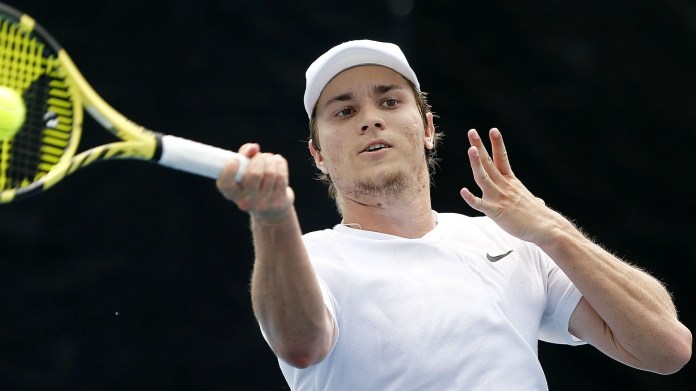 Djokovic vs Kecmanovic LIVE: Novak Djokovic eyes fourth round, faces fellow compatriot Miomir Kecmanovic in third round – Follow Wimbledon 2022 LIVE updates
Meanwhile, 25th seed Miomir Kecmanovic defeated Alejandro Tabilo 7-6, 7-6, 3-6, 6-3 to enter the third round at the Wimbledon this year. This is his best-ever performance at the Wibledon as earlier his best performance was reaching the second round in 2019 and 2021. Berankis snatched an upset victory over Wimbledon semifinalist Sam Querrey by winning the first round match 6-4, 7-5, 6-3. In the first round too, Kecmanovic dropped a set against John Millman. He played two tournaments on grass ahead of Wimbledon this year but crashed out from the first round in both the tournaments at Halle and Mallorca. The 22-year old reached the fourth round at the Australian Open earlier this year and then made it to the third round at French Open.

Djokovic vs Kecmanovic Head-to-Head: This will be the third meeting between both the players in their respective careers. Djokovic has won both the previous contests against his younger compatriot. They last met this year at the Belgrade Open with Djokovic winning the match in three sets. Kecmanovic is yet agains expected to challenge the top seed but Djokovic is the favourite to win the contest.

When to watch Djokovic vs Kecmanovic LIVE streaming?

Where to watch Wimbledon 2022 LIVE streaming?

In Indian Sub-Continent: The LIVE broadcast of Wimbledon 2022 will be covered by Star Sports India. You can also watch the tournament on OTT-platform Hotstar. If you stay in any other country apart from India, check from this list– Wimbledon broadcasters

United Kingdom: The BBC is once again your go-to place as BBC One, BBC Two, BBC iPlayer and the red button will have action. All matches will be broadcast in HD this year while there is also action on BBC Radio 5 live sport.
Eurosport will broadcast the tournament in most European countries.
Djokovic vs Kecmanovic LIVE: Novak Djokovic eyes fourth round, faces fellow compatriot Miomir Kecmanovic in third round – Follow Wimbledon 2022 LIVE updates