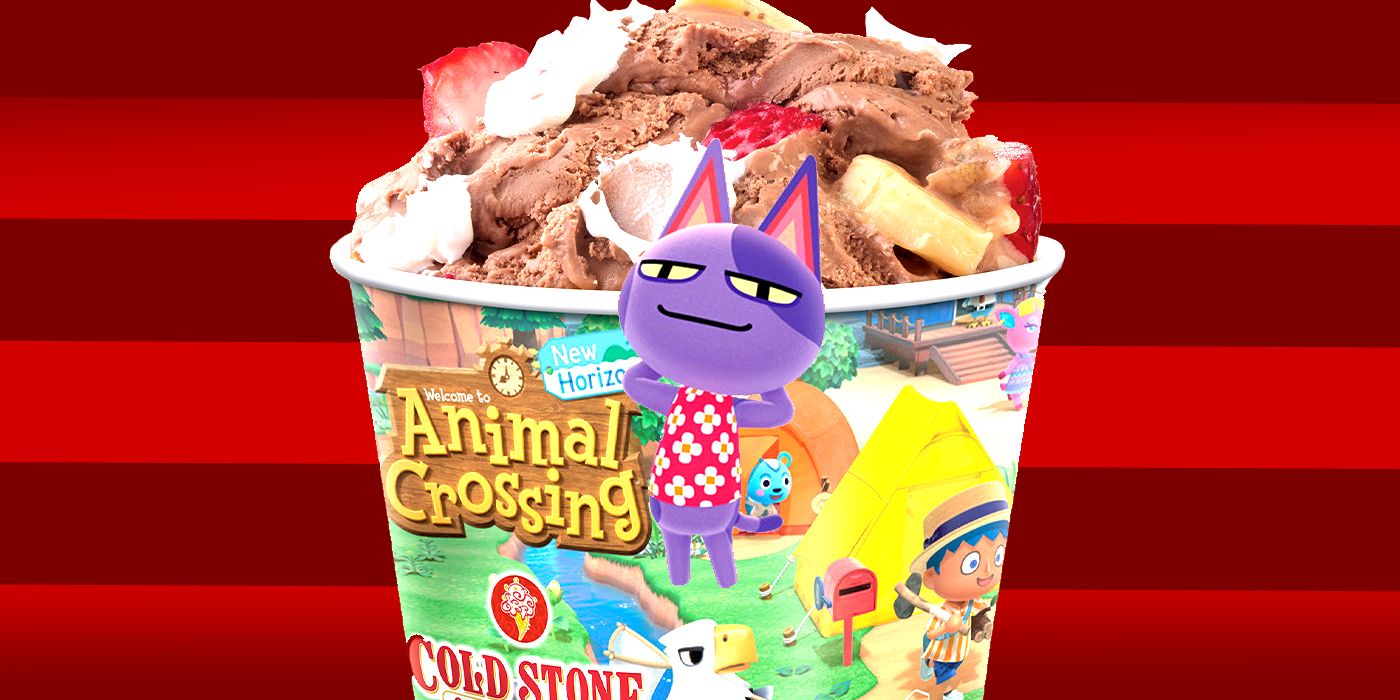 Ice cream chain Cold Stone Creamery has never released promotional treat flavors inspired by iconic Animal Crossing villagers, and this comes across as untapped potential. Not only has the sweet shop collaborated with Nintendo more than once before, but the colorful designs and diverse aesthetics of the characters that can populate an Animal Crossing town or island would also make perfect bases for appealing sweets.

Cold Stone's last round of Nintendo-sponsored flavors became available on July 7 this year, to remain on the menu until September 30. The collaboration includes flavors inspired by Mario, Kirby, and the Animal Crossing series. The Animal Crossing: New Horizons-themed Island Getaway sundae consists of chocolate ice cream, slices of banana and strawberry, and whipped topping. Its set of flavors is familiar, indulgent, and tartly sweet with a tropical edge, fitting the laid-back yet bright vibe of an Animal Crossing game and the nature of New Horizons' setting.

Related: What ACNH Items You Can Sell For The Most Bells

But if the creamery were ever to run a specifically Animal Crossing-themed promotion similar to its series anniversary line of Mario sweets in 2020, its offerings could take inspiration from familiar villagers like Bob, Cherry, and Marshal. The purple cat Bob has existed in the series since its original GameCube version. He is associated with Animal Crossing's Kiddie furniture collection and floral aesthetics. To evoke his and his preferred environments' bright color schemes, a "Bob Berry" sundae could consist of strawberry ice cream, fresh strawberries, blueberries, and pineapple for an extra pop of color - and perhaps a bit of frosting and rainbow sprinkling for additional textural interest. 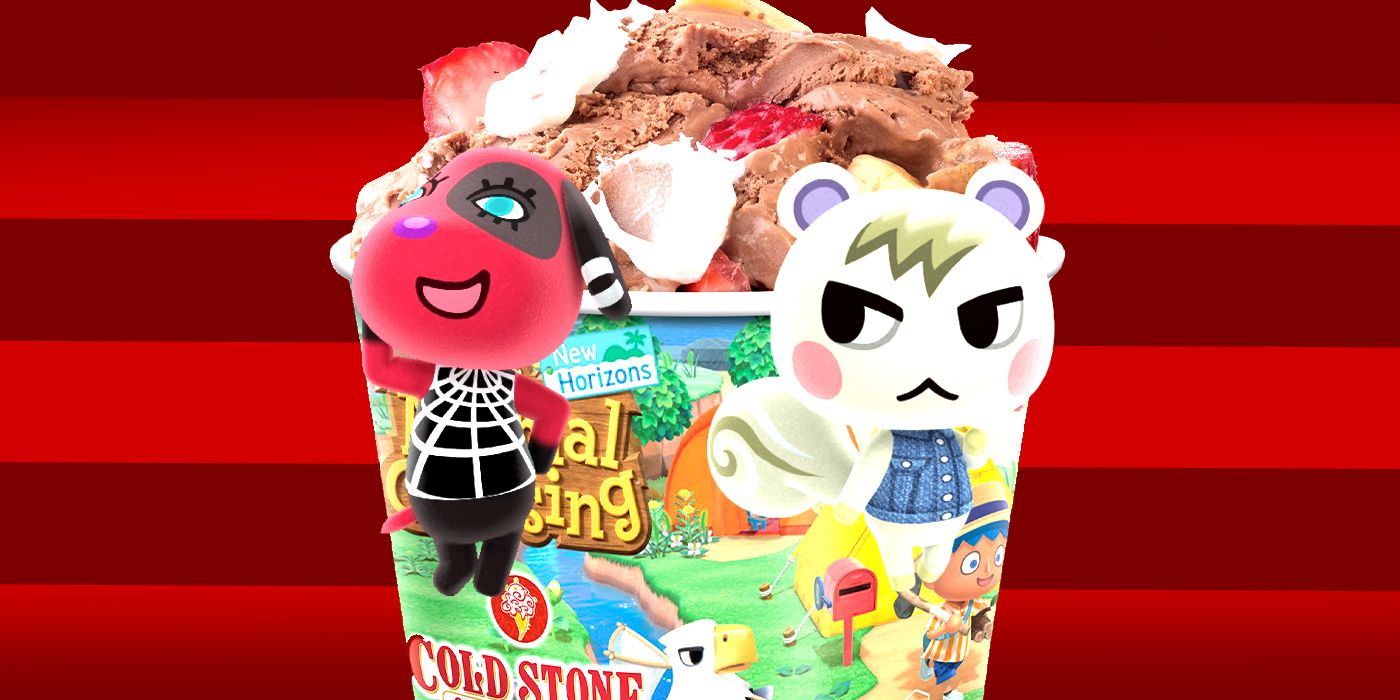 Not all Cold Stone locations offer black cherry- or marshmallow-flavored ice cream, but their appropriateness as bases for treats referencing Cherry and Marshall exists right in the characters' names. Alternatively, "Cherry's Black 'N Red" could use a chocolate base, raspberries, crumbled cream-filled cookies, and fudge sauce to reflect the punky dog's color scheme and sweet yet tough and sharp Sisterly personality. "Marshal Mallow" could use coffee ice cream and miniature marshmallows, as the squirrel's Animal Crossing: New Horizons home features a coffee-making set that's quite well-stocked, and include lemon cake to evoke Marshal's yellowish accents.

Then again, the most sensible timing for an Animal Crossing-centric Cold Stone promotion would likely be around a new series installment's release. Accordingly, a villager-based line of Animal Crossing sweets may not use familiar villagers at all, but instead help market and endear prospective players to a batch of entirely new potential neighbors. Of course, whatever may or may not come in the future, there's nothing to stop Animal Crossing fans with a craving for Cold Stone from dropping by a location to concoct their own tributes to their favorite animal friends.