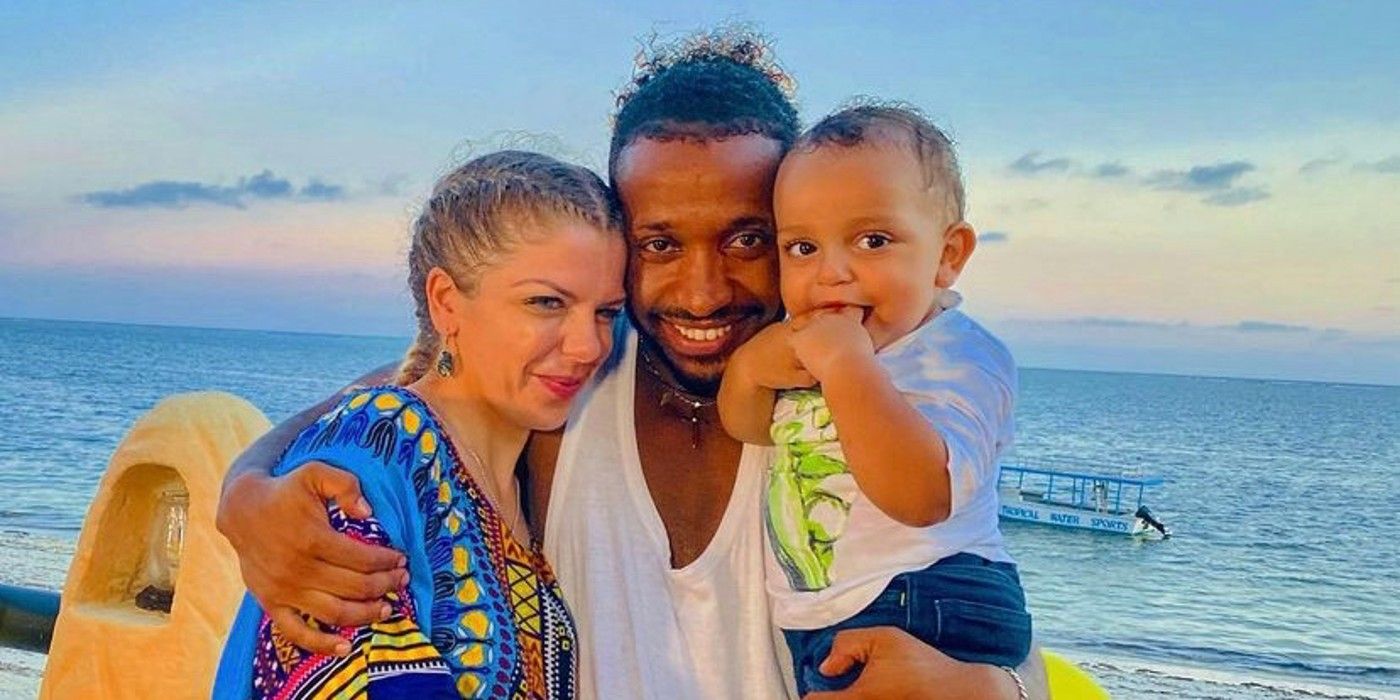 Some 90 Day Fiancé fans think Ariela Weinberg is pregnant after she was spotted together in Las Vegas with Biniyam Shibre. 31-year-old Ariela was married to her ex-husband, Leandro Fosque, for 10 years before she decided she wanted her freedom. Ariela went to Ethiopia on a solo journey and eventually met 32-year-old Biniyam. Ariela said she never really broke up with Leandro and that within three months of falling in love with Biniyam, she got pregnant. Ariela divorced Leandro and starred in 90 Day Fiancé: The Other Way season 2, in which she moved to Addis Ababa to give birth to her and Biniyam’s baby, Aviel.

Ariela and her family were worried about health care facilities in Ethiopia along with Biniyam’s miserable living conditions. But Biniyam wanted to be present for the birth of his baby since he couldn’t be by his ex-wife Bria’s side when she welcomed their older son. Ariela cribbed about staying with Biniyam but eventually delivered Aviel in an emergency C-section. Her baby was in breech, and she had low amniotic fluid. While Ariela and Biniyam were both unprepared for the delivery, he said something that landed him in trouble. Biniyam claimed that if a mother gives birth to her baby naturally, the love she has for the child is stronger.

But Biniyam might have changed his mind after watching Ariela raise baby Aviel with tender care and love. It’s possible he won’t have any unnecessary advice to give Ariela in case they have a second child. Meanwhile, some 90 Day Fiancé fans seem to think the day that Ariela and Biniyam have another baby is not too far away. Reddit user The_Chuckness88 shared a photo taken from a Facebook group in which Ariela and Biniyam can be seen posing with a fan. The TLC viewer met Ariela and Biniyam in Las Vegas. However, the person who originally posted the picture captioned it, “My friend ran into Ari and Bini last night in Vegas…pregnant?”

In the photo, Ariela and Biniyam seem to be standing outside a mall, and some think he's pointing his finger at her belly. Ariela is wearing a blue dress but has covered her front with a colorful striped poncho. “She definitely looks pregnant. OR that poncho is doing her NO favors,” said NoInspector836 in the comments. But another fan added that nothing about the photo makes it look like Ariela is expecting since Biniyam might be pointing at the fan instead. On the other hand, some fans such as tumorsandthc jokingly added, “Congrats to Leandro & Ari.”

Princeton woman Ariela’s ex-husband Leandro was introduced in 90 Day Fiancé: The Other Way season 3. Leandro visited Ariela, Biniyam and Aviel at their house in Ethiopia, which created many trust issues between the 90 Day Fiancé couple. Ariela was called a hypocrite for being close friends with her ex-husband, who gets her bras as gifts, while taking offense to Biniyam hanging out with his friends who are women. Ariela and Biniyam are dealing with the same situation again in 90 Day Fiancé season 9, where she recently blasted him for training with a female MMA fighter. As expected, Leandro is back in the picture now that Ariela and Biniyam are in the U.S. While the teaser for episode 12 shows Ariela taking a pregnancy test, it’s possibly just something to add more drama to their supposed love triangle.