Avoiding the impulse to create “inspiration porn”—narratives that highlight the overcoming of obstacles in order to make sighted people feel uplifted and grateful for what they have—out of one’s life about blindness in an ocularcentric world is not easy.

Blind memoirs that manage to make the reader think about biases and assumptions about blindness, rather than feeling sad or inspired, are the backbone of my personal and cultural history of blindness, There Plant Eyes. It’s important to me to juxtapose the lives of many kinds of actual blind people with the engrained and ubiquitous images of blindness and blind characters in literary, cinematic, religious, philosophical, and scientific constructions over roughly three millennia of Western culture. These images have been created, almost exclusively, by sighted people and tend to oscillate dramatically between idealizing archetypes such as the blind poet (Homer) and blind prophet (Tiresias), on the one hand, and pitying or wanting to cure actual blind people, on the other. 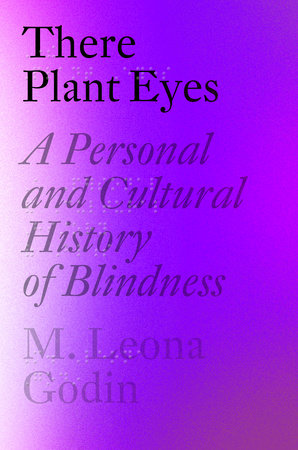 Although the blind memoirists that have helped to shape my own understanding of blindness are each very different, some similarities of experience rise to the conscious surface when they are read side by side. Perhaps the most dominant takeaway from many of these first-person accounts is that the stigma of blindness is often more debilitating than the blindness itself. Beyond that, however, what is important to me in reading blind memoirs is that these many different kinds of lives show how there are as many ways of being blind as there are of being sighted. I want to celebrate the diversity amongst us, because blindness seems an identity set apart—as if we are not also women, people of color, gay, scientists, artists, punks, and parents—leaving us with blind caricatures that are flattened and monolithic and wholly devoid of real blind experiences. 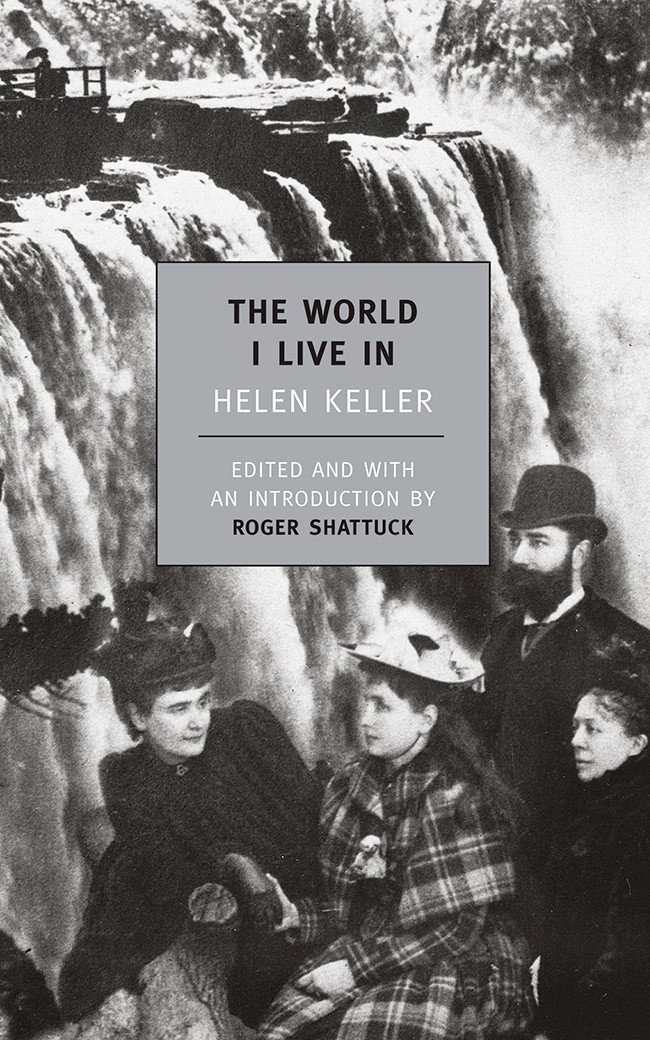 The World I Live In by Helen Keller

Our society rarely acknowledges how pissed off we can get—not about being blind (a la Al Pacino’s annoying character in Scent of a Woman), but at sighted people for restricting our domain to our blind experience. Case in point: Helen Keller’s first and most famous autobiography Story of My Life was written when she was barely into her 20s and is still the book that most people read today. But just a few years later she wrote The World I Live In, which drips with frustration at not being allowed to write beyond herself:

“The editors are so kind that they are no doubt right in thinking that nothing I have to say about the affairs of the universe would be interesting. But until they give me opportunity to write about matters that are not-me, the world must go on uninstructed and unreformed, and I can only do my best with the one small subject upon which I am allowed to discourse.”

In other words, the only kind of book that people seem to want from blind authors are memoirs. If we venture beyond ourselves and our blindness to speak of other matters, we are often slapped down. (Keller was roundly criticized for her outspoken liberal views.) Thus I offer The World I Live In as a kind of disclaimer for this list as a whole: blind people do not always want to write memoirs, but are very often urged to do so by their sighted family, friends, editors, publishers, and readers. 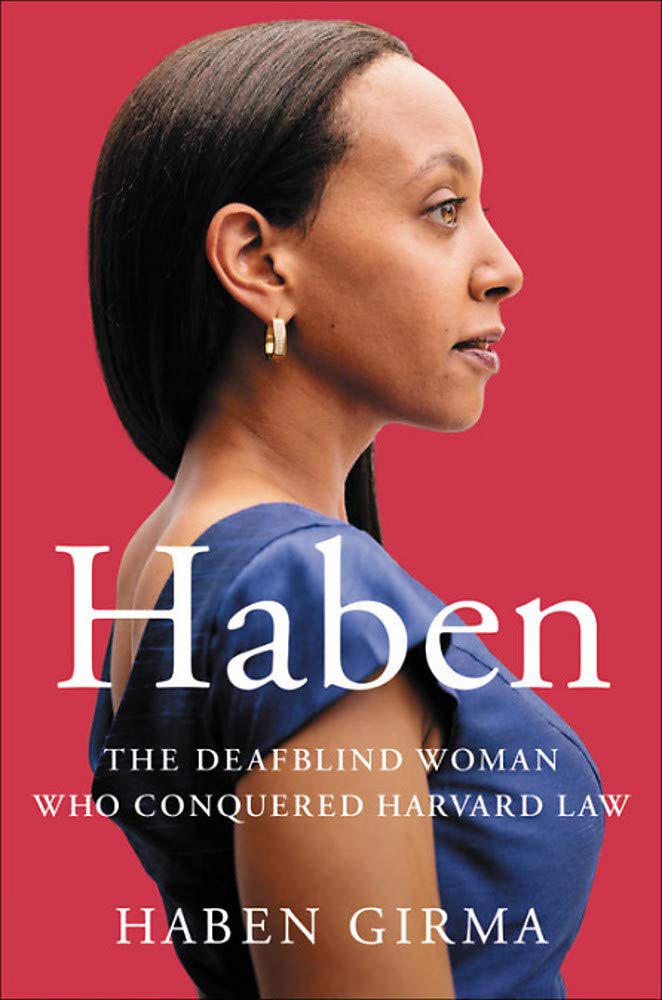 More than a hundred years had passed since Helen Keller became the first deafblind person to earn a BA at Radcliffe College in 1904, when Haben Girma became the first deafblind woman to graduate from Harvard Law in 2013. In her 2018 memoir, she highlights the moments in her life when cultural biases forced her to fight for her own rights and led her to pursue a career as a human rights lawyer.

Her story emerges as one that is inextricably linked to our society’s prejudices against disabled people:

“Disability professionals warned me: work hard or you’ll never find employment. Around seventy percent of blind people are unemployed. I studied hard in school, graduating high school as valedictorian. I spent a summer sharpening my independence skills at the Louisiana Center for the Blind. My college GPA is excellent. I even have volunteer work experience on my résumé. The seventy percent unemployment rate still managed to claim me…”

Haben’s story makes clear how hard you have to work to overcome the low expectations placed on disabled people, and how this can change in the digital age. In her brief conversation with President Obama during the celebration of the 25th anniversary of the Americans with Disabilities Act, she tells him: 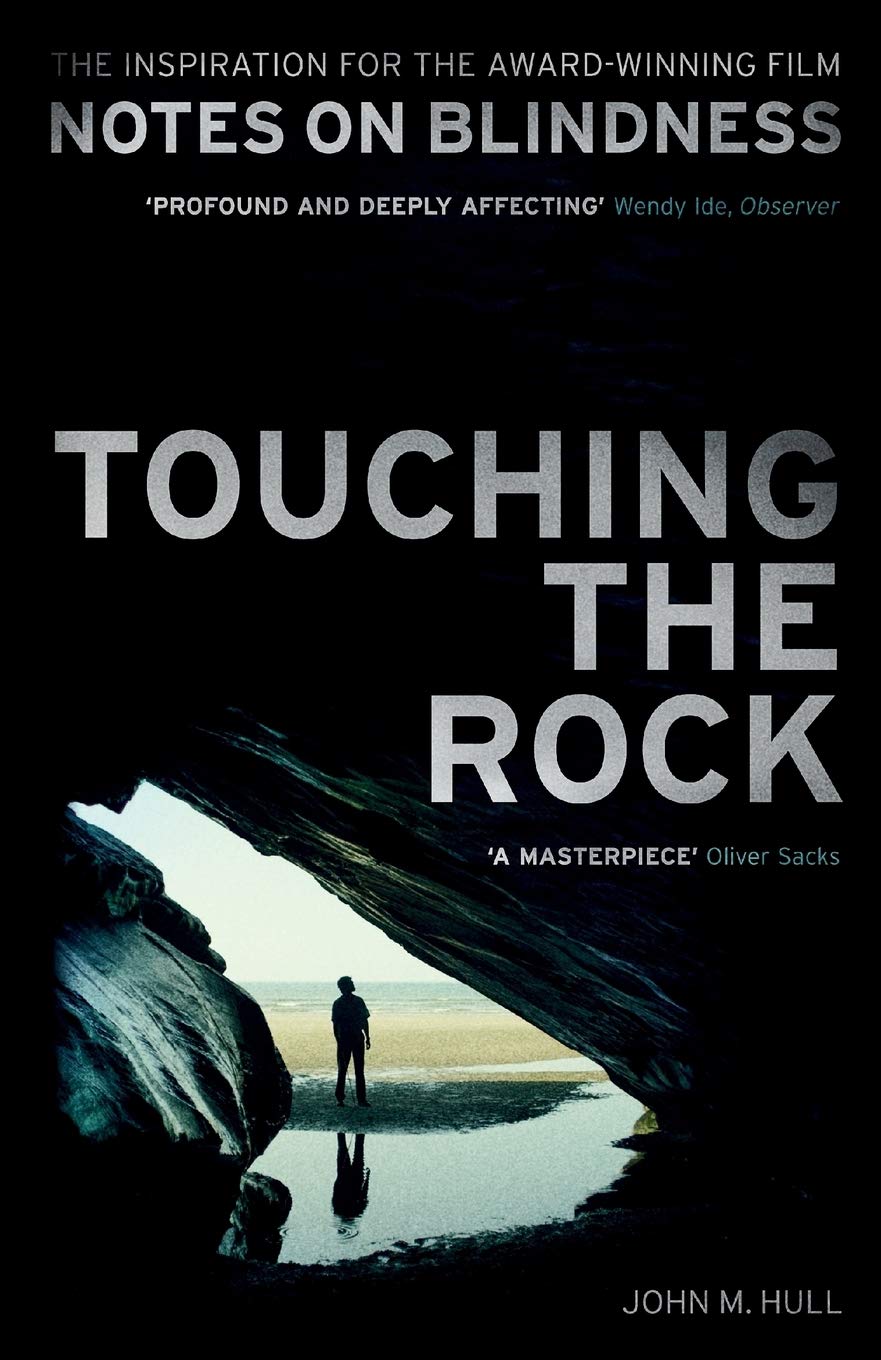 Touching the Rock by John Hull

Touching the Rock consists of a series of journal entries from 1983 to ’86 that Hull dictated into a tape recorder in the three years after he went totally blind. His thoughts about the experience and social constructions of blindness are by turns philosophical and humorous. I believe it was in Touching the Rock that I first read about the third-person approach that many sighted people take when dealing with a blind person in their midst. For instance, when getting into a car with a group of friends, John Hull heard:

“Will you put John in the back with you?”

Hull finally broke the litany of good intentions by “crying out with an exceedingly loud voice, ‘John is not put anywhere, thank you very much. John is asked if he has any preferences about where he sits.’”

This situation and the anger it provokes rings true for most blind people, I think, and the contrite response also feels familiar. “These people are all sensitive, and well aware of the humiliation which this approach implies. So the question arises, why do they do it?” 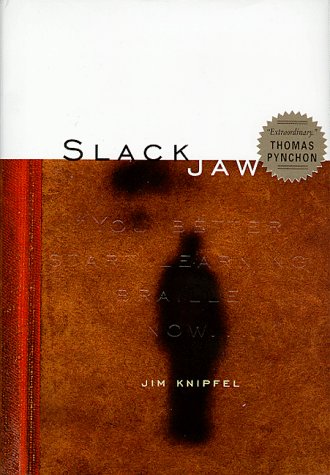 Slackjaw is a rollicking ride on a punk denial train wreck. Knipfel has retinitis pigmentosa (RP), so that his vision loss happened gradually, making it awfully easy (and also dangerous) to avoid adopting the accouterments of blindness, namely the white cane that is so stigmatic, and getting help from organizations that were antithetical to his nihilistic sensibilities:

“A number of organizations in the city tried to help what I loosely referred to as ‘people like me’—the Lighthouse was one-but there was always something too touchy-feely about them. I would rather go blind and stick a .38 in my mouth than take part in a group hug.”

When he finally couldn’t avoid it any longer, Knipfel got himself trained with a blind man’s cane and found that it did indeed make life easier. He reluctantly tells a friend: “Everybody parts in front of me like the fucking Red Sea, that’s for damn sure.” 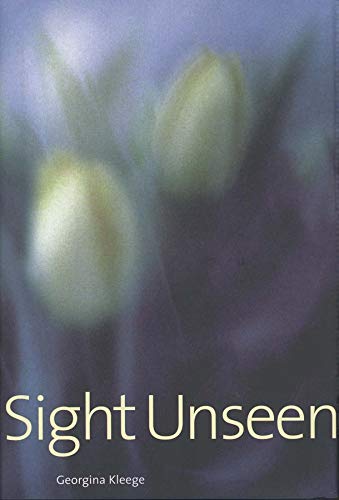 Sight Unseen is part memoir and part cultural critique. Kleege unravels centuries of archetypes and stereotypes in literature and film, and celebrates the rare instances “when blind characters get uppity,” because it is in such moments that “they begin to chip away at the lingering remnants of the Oedipal image.”

Because the image of the blind has been painted (almost exclusively) by sighted people, the blind characters in books and movies are generally not about the experience of blind people, but rather about the usefulness of blindness as corrective for wrong-headedness—think Gloucester in King Lear. Of course, like many blind readers, Kleege is “not so naive as to expect that fiction should provide me with role models, but it’s hard not to cringe at traditional representations of blindness as a life-ending tragedy. And while the notion that a blind person can bring enlightenment to sighted peers shows progress, it still makes me weary and somewhat alarmed.”

A big part of the problem is that blind characters generally play the role of sidekick to the sighted protagonist, so that the blind man remains an “instructive spectacle, useful to everyone but himself.” 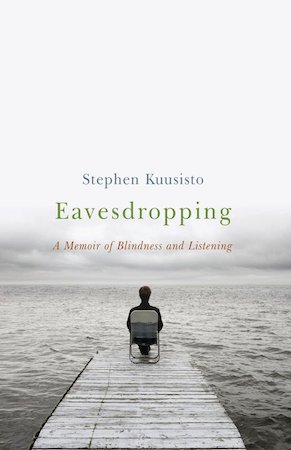 Kuusisto’s first memoir, Planet of the Blind, is largely about learning to accept his blindness after a childhood spent in denial, thanks to his mother’s horror and dread of the stigma of blindness. In Eavesdropping, he leans into the sensory experience of blindness in a beautiful lyrical series of meditations on the non-visual world. As he tells it in his preface, the book is a kind of defense of travel by ear ignited by a newly blind woman’s angry protest: “Why travel anywhere if you can’t see?” The arguments against such a fear are made of crackling ice and warbling birds and singing humans; from Helsinki, Finland to Durham, New Hampshire, New York to Venice.

The sonic snapshots are delicate and specific. One of my favorites comes early, a blind boy encountering a horse:

I noticed the ringing of silence. An insect traveled between our bursts of forced air.

Sunlight warmed my face. I was standing in a wide sunbeam.

I was in the luminous whereabouts of horse!” 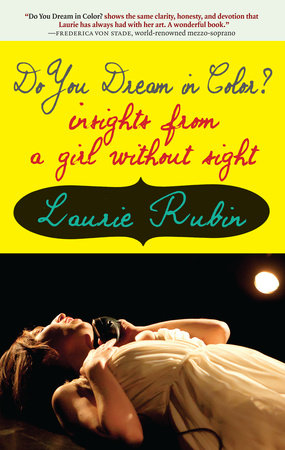 Do You Dream in Color? by Laurie Ruben

Opera singer and educator Laurie Ruben’s memoir details, with humor and candor, how her blindness caused others to treat her differently. Her perfect pitch, a gorgeous soprano voice, and dedicated work ethic were rarely enough to ward off the unapologetic discrimination she experienced in the competitive classical music world. In college, her voice teacher informed her that she had not been accepted into a prestigious summer program because “they were scared, scared you wouldn’t be able to learn the music as fast as they would need you to, scared that you would hold the others back.” He gritted his teeth and continued:

“Laurie, in order for someone to hire you, you’ve got to be better than the others. You’ve got to have something so compelling about your singing that they would justify going out of their way and working past their own fears to hire you over another singer.”

Often times blind people must do the work of two: working hard to hone our craft and working hard to make sighted people feel comfortable around our blindness. Thus we find ourselves held to higher standards just to be thought an equal: “I couldn’t be normal, or good, or great. I had to be superwoman.” 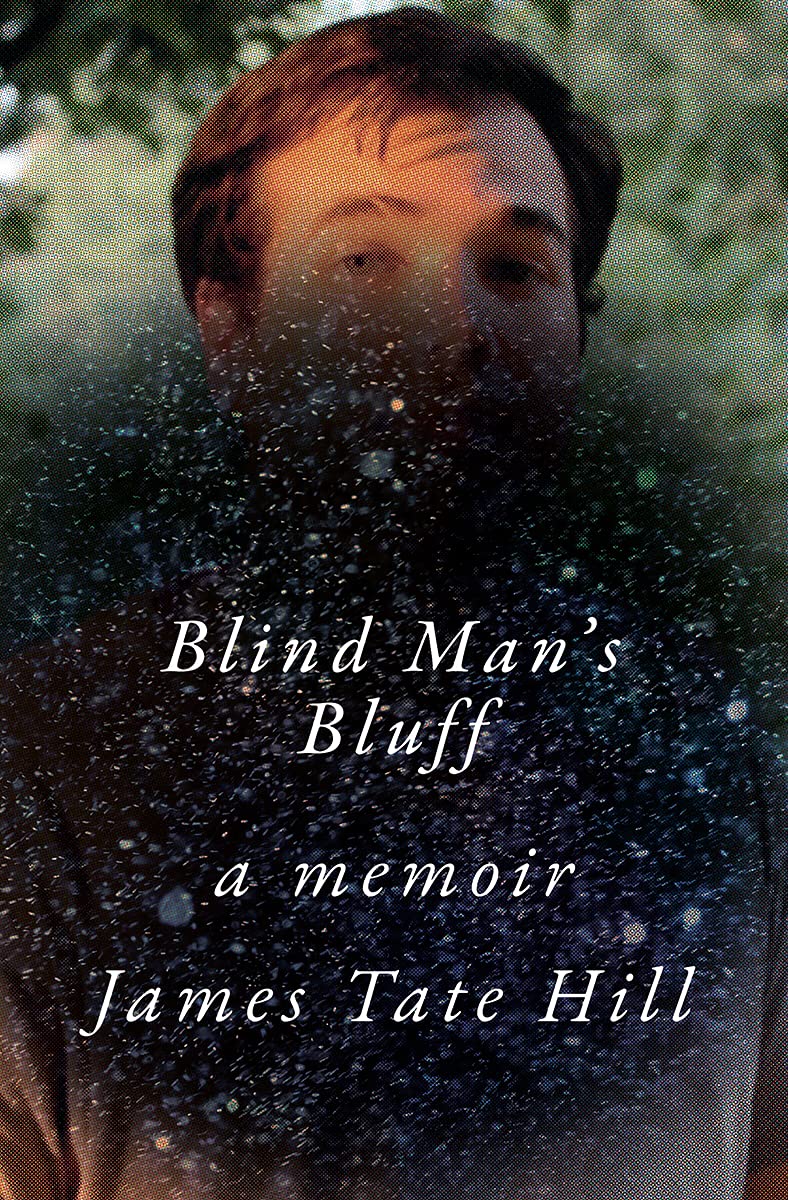 In his forthcoming memoir, Hill demonstrates with painful and hilarious exactitude just how crippling visual impairment can be when one attempts to “pass” as sighted. It also demonstrates the neediness of most sighted people to be seen:

“What most people want to know is what I see when I look at them, and the short answer is this: I don’t see what I look directly at. If I look up or to the side, I can see something, and this usually fends off further questions.”

What Hill actually sees is complex and confusing—a far cry from the simple darkness and light metaphors that so often accompany those of blindness and sight:

“Instead of a smudge, picture a kaleidoscope. Borderless  shapes fall against each other, microscopic organisms, a timelapsed photograph of a distant galaxy.”

The urge to “bluff” the sighted by “passing” as one of them is shared by many visually impaired people in order to avoid the stigma of blindness—a state of being that seems so terrible to many sighted people that they cannot even imagine it for themselves. As Hill puts it: “The most frequent compliment heard by people with a disability is I could never do what you do, but everyone knows how to adapt.” 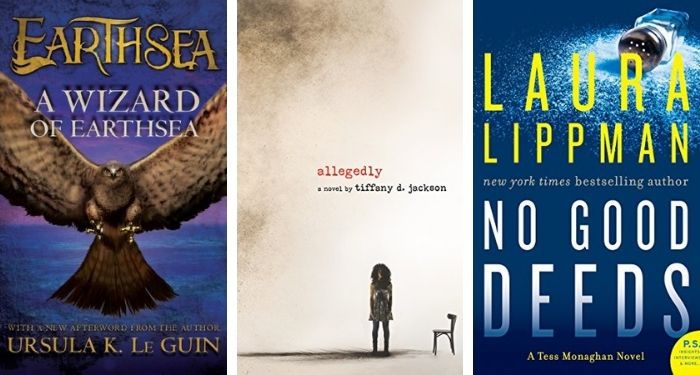 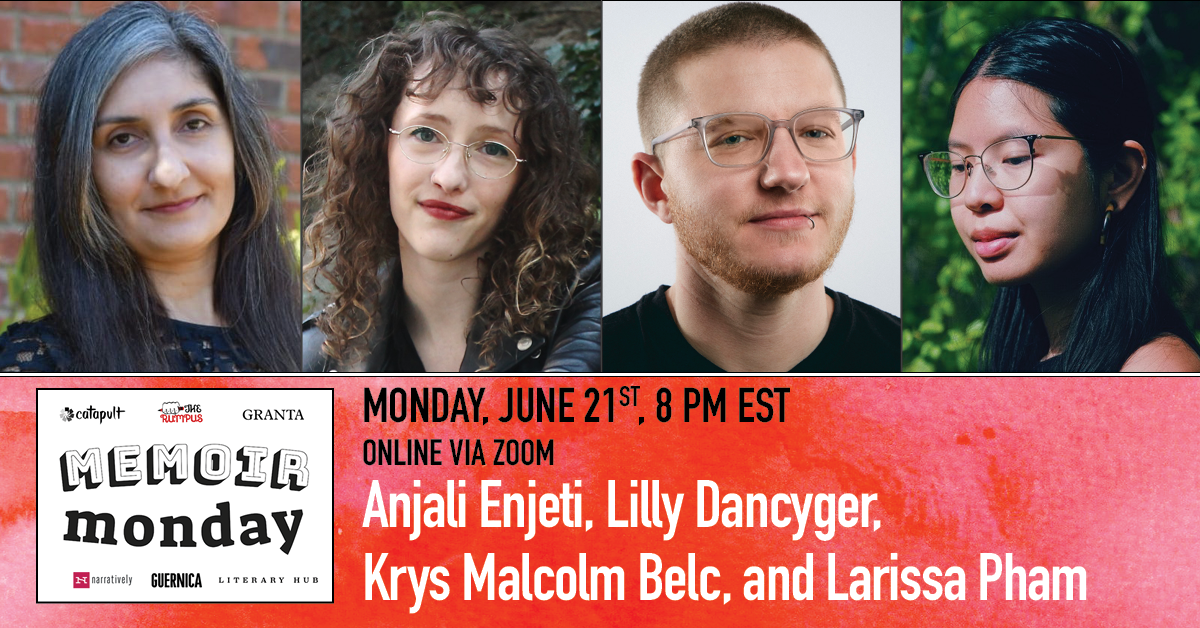